Remember the treehouse you used to build as a child? The engineers of Blue Forest probably remember theirs, and they have taken it to the extreme by creating a line of luxurious residences with them. 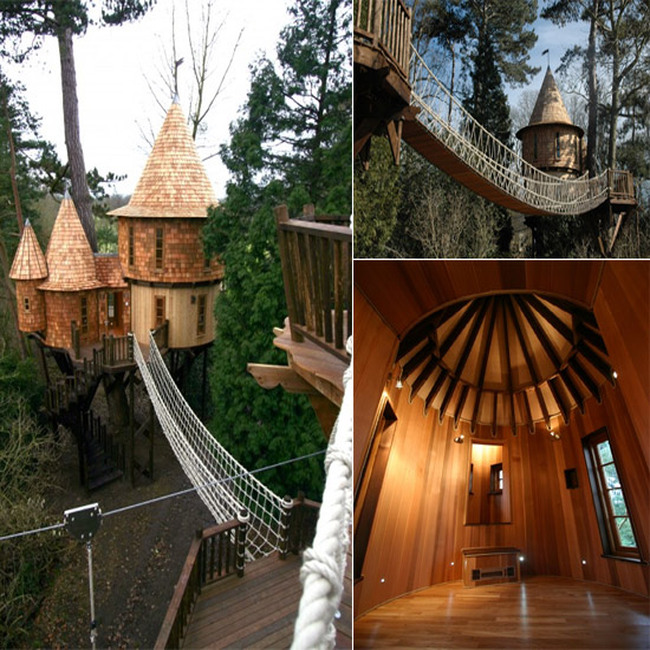 Called the “Eco-Perch Series,” these houses literally allow its inhabitants to live amongst the trees with designs that blend in the surrounding greenery. Four people may live comfortably in these houses, which have full amenities including a bathroom, a kitchen, and a stove powered by log-burning.

The past and the future meet in this tree house thanks to the presence of a wall-mounted flatscreen television, a DVD player, energy-saving LED lights, drainage system, and water heater. In line with its eco-friendly theme, there are also options for a rain water harvesting system, composting bathroom, photovoltaic solar cell, or methanol fuel cell. Other optional additions are a tower, a canopy walkway, rope bridges, a game room, and even a secret trapdoor.

There is much use of wood in the construction, as seen in the house’s groove timber cladding and roof shingles. Because of the materials used, these houses are expected to have a lifespan of 15 or more years. The house may be installed in as little as five days and will set you back for around $78,000 to $94,600, excluding the costs for the add-ons.