Infinity Blade III: Ausar Rising is the conclusion of the trilogy and received an admirable response from the gaming community. Recently, the game received an update that brings several new features to the application, including 3 new quests where Siri and Isa come face to face, 9 new enemies, hardcore mode, over 60 new items for both characters (including weapons, shields, helmets, magic rings, and armor to collect, master, and sell.), new goals and much more. 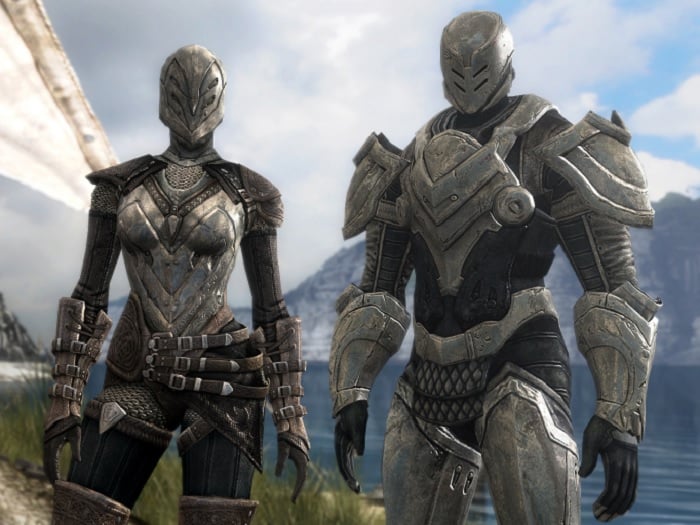 – Play through 3 new quests: Siris and Isa come face to face with the ultimate embodiment of evil – a soulless Ausar the Vile!
– Travel to where it all began – the Dark Citadel (the original Infinity Blade I castle), Siris’ home in Drem’s Maw, and the legendary Plains of Koroth.
– Battle 9 new enemies, including a ferocious new Dragon.
– New Mode: THE ARENA – How long can you survive in the Arena? Do you claim your prize now, or risk it for ever increasing rewards?
– New Hardcore Mode: DEATHLESS QUESTS – The ultimate way for the ultimate Infinity Blade gamer to play the game!
– Trade tips and secrets with your friends via the all-new in-game chat feature.
– Over 60 new items for both Isa and Siris, including weapons, shields, helmets, magic rings, and armor to collect, master, and sell.
– Unlock 8 new Skills: Remove equipped Gems for free, double Chips earned in Battle Challenges, cast super boosted Magic, and more!
– New Goals, Potions, and Gems.
– New Holiday Helmets for Isa and Siris.
– Fully compatible with iOS 6 and iOS 7.
– A number of additional balancing tweaks, bug fixes, and gameplay enhancements.
– Optimized for the new iPad Air, iPad Mini with Retina display, and iPhone 5s: featuring full screen anti-aliasing, bloom, full screen vignettes, distortion, high resolution shadows, and environmental reflections.
– Recommended: Update device to the latest iOS version, and restart device before playing.

Infinity Blade III costs $6.99 and can be downloaded from the iOS App Store. Currently, the application is compatible with both iPhone and iPad.