There no single aspect of the XBox Kinect that is not a game changer in some way. Judging by the number of XBox hacks featured here at Geeky Gadgets, no game console comes close in terms of sheer applications. Now two enthusiasts from the Czech Republic have created a 3D geographic tool called the SandyBox. What it does is project geographical features over a miniature landscape. Don’t miss the video after the break. 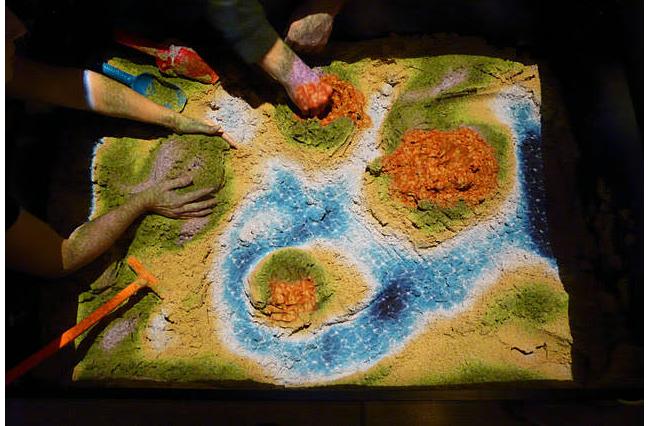 If you’re wondering how the two geniuses accomplished this clever sandbox experiment, they used an overhead projector to ‘color’ the surface with topographical data. A little handywork resulted in an interactive map whose different shades revealed altitude and depth, including bodies of water. There’s even a river!