Politicians reacting to technological advancement with something other than knee-jerk legislating and purblind confusion? Colour us stunned, but apparently Iceland’s elected 25-member council has moved the Constitution-writing process online, where any of the two thirds of Icelanders currently on Facebook can have their say. 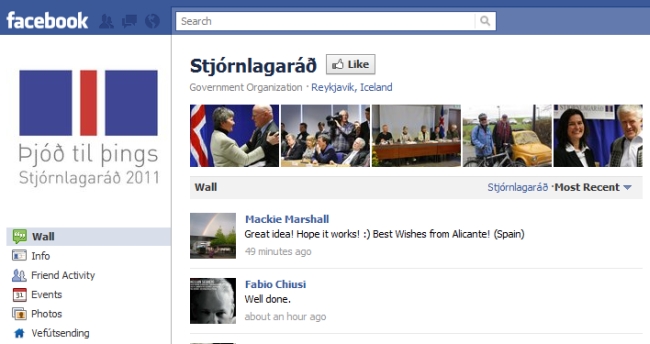 It doesn’t get much simpler, citizens are invited to propose amendments which, if approved, will go straight into the draft. That’s some hands on democracy right there, but a catastrophic economic crisis that wipes out your country’s currency and ignites protests that bring down your government will do that. “To me, it has long been clear that a comprehensive review of the constitution would only be carried out with the direct participation of the Icelandic people,” according to Iceland’s Prime Minister Johanna Sigurdardottir. To us, it has long been unclear why this has not been clear to any other national leader in the history of ever.