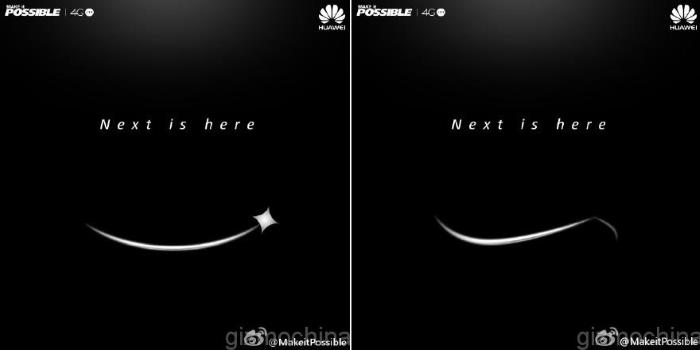 Huawei is slowly becoming a popular name in the smartphone and tablet market, but it seems the company may launch its own smartwatch at the Mobile World Congress 2015 next month. Not too long ago, we came across a leaked Huawei roadmap which hinted at the launch of an Android Wear smartwatch.

Recently, Huawei posted a teaser hinting at one of their upcoming products, which if we were to guess appears to be a 4G LTE-enabled smartwatch.

The teaser says “Next is here”, and the teaser image shows a rounded design which could mean that Huawei’s first timepiece may feature a round design, with 4G connectivity — look at the “4G” sign logo on the top right corner of the image. Samsung already has a smartwatch with a curved display under its name, and Huawei could be yet another to pose competition to Samsung.

We could be wrong, but there are other possibilities as well. Huawei is expected to launch a new smartphone at the Mobile World Congress 2015. It would be an interesting event where several companies are expected to take wraps off their flagship devices. We’ll update you with all the happenings from the show floor, stay tuned.