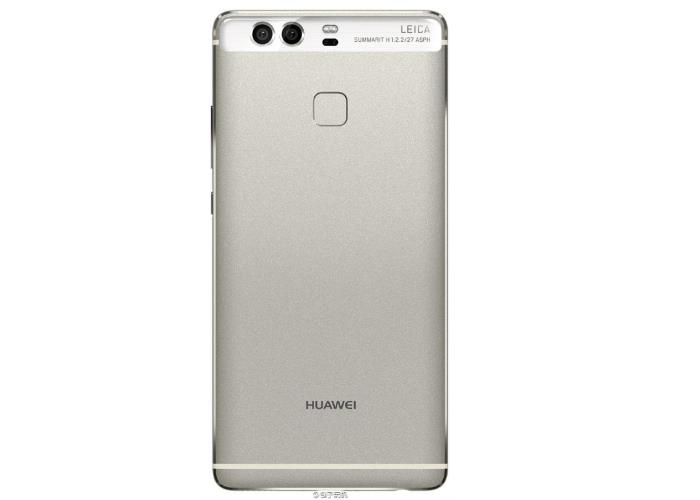 Huawei is expected to take the wraps off their upcoming flagship device, the Huawei P9, at a press event on April 6th.

Over the past few weeks, we’ve seen numerous leaked images of the Huawei P9, and today, a leaked render gives a glimpse of the back of the upcoming handset.

It appears to be a press render of the alleged device, which goes in line with all the rumors and leaks we’ve seen in the past few weeks. There’s a dual-camera set up on the device as well as a fingerprint sensor on the back cover.

Rumors suggest the handset will come with a 5.2-inch display sporting a resolution of 1920 by 1080 pixels, and will be powered by a Kirin 950 processor under the hood. The handset is expected to come with 4GB of RAM, 32GB of internal storage, 5 MP front-facing camera, a 12MP rear camera with OIS and a massive 3,000 mAh battery.

Stay tuned, we’ll update you with all the information as soon as the handset is officially announced.