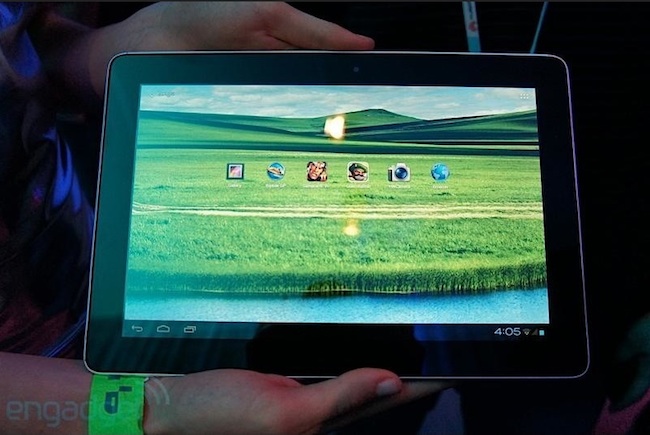 We all know that Huawei already makes quite a nifty 7-inch tablet of its own, the T-Mobile Springboard as it’s known Stateside. The company is now bringing its same design to a bigger form factor, kind of like the reverse of what Samsung has done with its own tablet line.

And while press weren’t allowed to handle the tablet and no actual specs were divulged, the new tablets seems to have a 1080p IPS display on top of the latest Android iteration. It also sports a nice aluminum housing like its predecessor. It also carries an 8MP camera, a great leap for devices of this kind which often only boast low megapixel shooters.

You’ll be glad to know that Huawei is not one to dabble in interface improvements so the tab has a delightfully vanilla UI. The initial markets for this would be China and Europe in the next quarter, and expect it to arrive elsewhere (like the US) later in the year and rebranded by a carrier.