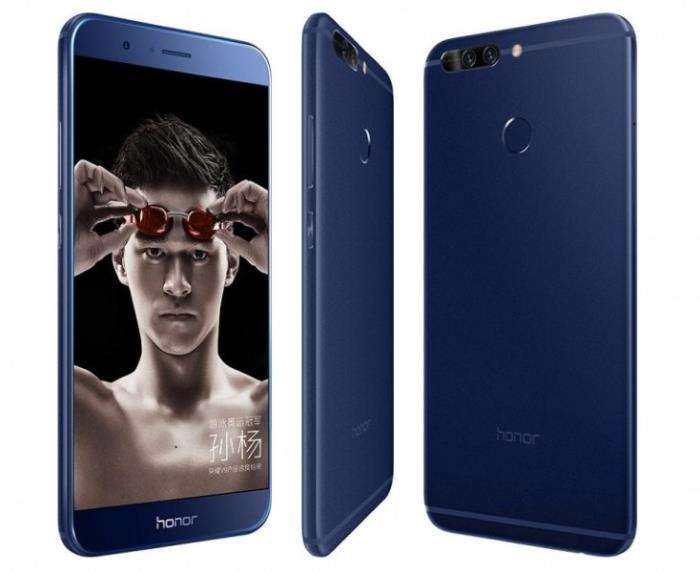 As promised, Huawei has released another high-end device in the company’s home country dubbed as the Honor V9.

The handset comes with an excellent set of specifications on board, featuring a a 5.7-inch QHD display with a 2560 by 1440 pixels resolution.

As it can be seen from the images, the handset comes with a premium build quality and boasts the dual-camera setup featuring 12 MP + 12 MP f/2.2 cameras on the back and an 8MP front-facing camera for selfies. Under the hood, the device is powered by the company’s latest HiSilicon Kirin 960 processor paired with a whopping 6GB of RAM and 64/128GB of internal storage.

There’s a dual-SIM connectivity but it’s hybrid which means that one of the slots can either be used for microSD card or a second SIM card. The phone ships with a massive 4,000 mAh battery and runs Android 7.0 Nougat as its operating system with EMUI 5.0 on top of it.

The 64GB variant of the handset costs CNY 2,999 ($435 or €413) and customers interested in it can pre-book the device through Huawei’s online store in China. It will be available for sale on February 28th. There’s a possibility we may get to see the handset at the Mobile World Congress along with details about international availability.