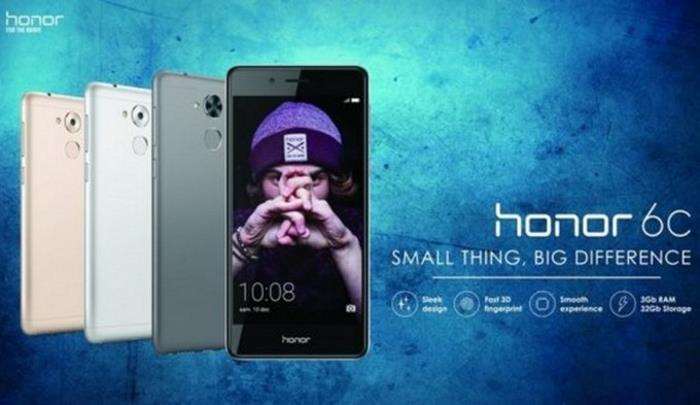 Earlier today, Huawei introduced the killer Honor 8 Pro which is set to launch in Europe in the coming weeks, but it wasn’t the only handset to see the light of the day from the Chinese company.

The company also introduced a mid-range Huawei Honor 6C smartphone which is set to launch in Europe in the coming weeks carrying a €229 price tag.

The handset is said to be the global version of the Honor 6S which was launched in China some time back. The new handset is available in three color options: Gold, Gray, and Silver.

As far as the specifications are concerned, the handset comes with a 5-inch display sporting a resolution of 1280 by 720 pixel resolution, a 1.4GHz octa-core Qualcomm Snapdragon 435 processor, 3GB RAM and 32GB expandable storage.

Other features includes a 13MP camera for photos and videos, 5MP front-facing camera, a 3,020 mAh battery and ships with Android 6.0 Marshmallow.