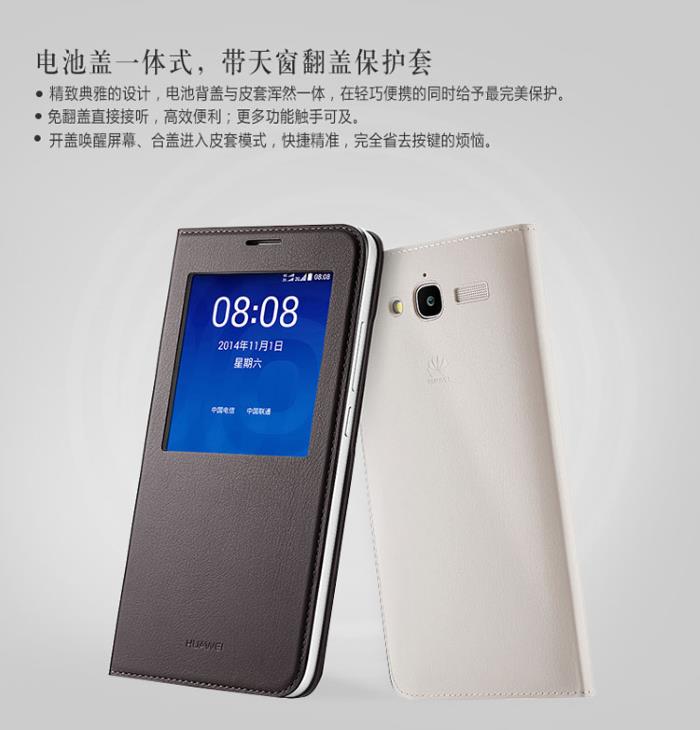 Not too long ago, the Huawei Ascend GX1 phablet was spotted on TENAA. In fact, some images of the handset also made their way on to the internet revealing the design, and specifications of the handset.

To put an end to all these leaks, Huawei has officially announced the Ascend GX1, which is now available for sale in China for CNY 1,590 (around $250).

The handset has a lot to offer when you consider its price tag. Huawei Ascend GX1 comes with 4G LTE connectivity and packs a 6-inch display sporting a resolution of 1280 by 720 pixels with a 80.5 percent body ratio. It measures 161 x 84.5 x 9.2 mm and ships with Android 4.4.4 KitKat as its operating system.

The handset is powered by a quad-core Snapdragon 410 chipset clocked at 1.2GHz paired with 1GB of RAM, 8GB of expandable storage, an 8MP camera on the back for photos and videos, as well as a 2MP front-facing camera, and offers a massive 3,500 mAh battery to make sure there’s enough juice for the handset.

There’s no word if we’ll ever see the handset hit retail in other markets, but there’s a possibility that we may since Huawei is pretty active in other developing markets as well, not just China.