HTC silently unveils HTC Desire 400 on several regional websites. Both devices appeared on HTC  Russia and Ukrainian website, with a list of features and specifications.

HTC Desire 400 comes with dual-SIM support and a 4.3-inch WVGA display sporting a resolution of 800 x 480 and it’s powered by a Snapdragon 400 processor clocked at 1.2 GHz along with 1 GB of RAM. Surprisingly, both there’s a difference in specifications listed on both websites. 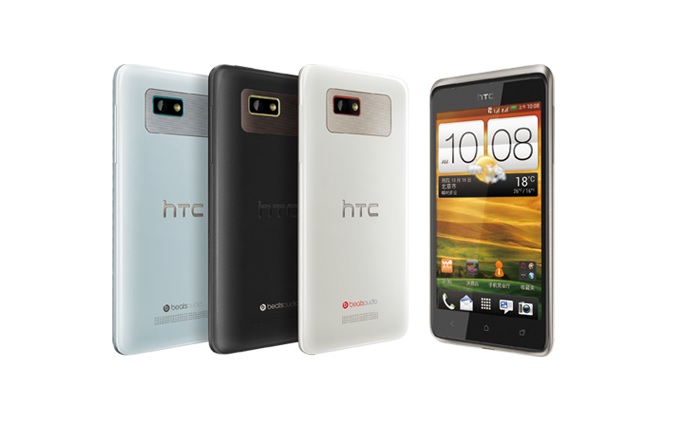 The Russian website mentions it features an 8MP rear camera along with a 1.6MP front-facing camera for video calls and comes with 4GB of internal storage expandable via memory card. On the other hand, the other website lists 5MP on the handset with a VGA front-facing camera. It’s not the only difference, one website mentions it comes with a dual-core Snapdragon 200 chipset with a clock speed of 1.2 while other shows a clock speed of 1GHz.

On the software side, it comes with Android Jelly Bean with Sense 5 and Blinkfeed, although it doesn’t mention which version of Android Jelly Bean. Other features include 1,800 mAh battery, Bluetooth Wifi, 3.5mm audio jack and connectivity for different networks.

There’s no word about the pricing or availability of the handset, but we do know it will launch in three different colors.