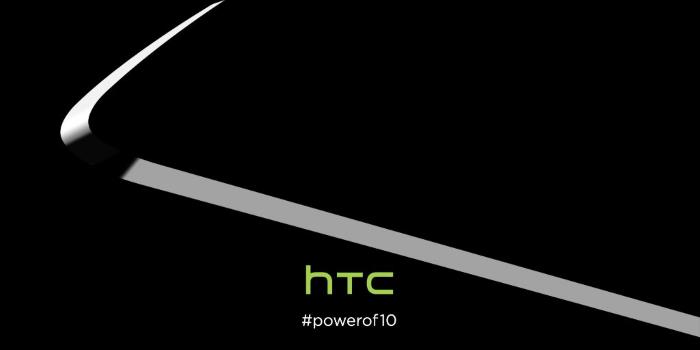 Unlike Samsung and LG, HTC didn’t make an official appearance at the Mobile World Congress 2016 in Barcelona to introduced their latest flagship device, the HTC One M10. However, we’ve heard that the Taiwanese company is expected to schedule a dedicated event soon to launch the handset.

Recently, the company officially posted a teaser on their Twitter account, teasing their upcoming flagship device, the HTC One M10.

The image is shared with “power of 10” hashtag hinting that the handset may very well be called the One M10. It also shows a metallic frame which means that we may get to see a premium design for the handset. There are no additional details available about the press event or any other specification.

Rumors suggest the handset will come with a 5.1-inch QHD display with the Qualcomm Snapdragon 820 processor under the hood. Other rumored features include 4GB of RAM, 32GB of expandable storage, a 12MP camera with optical image stabilization and ships with Android 6.0 Marshmallow.

We’ll update you if we get to hear anything more about the alleged HTC One M10. It’s likely that we’ll see the handset next month.