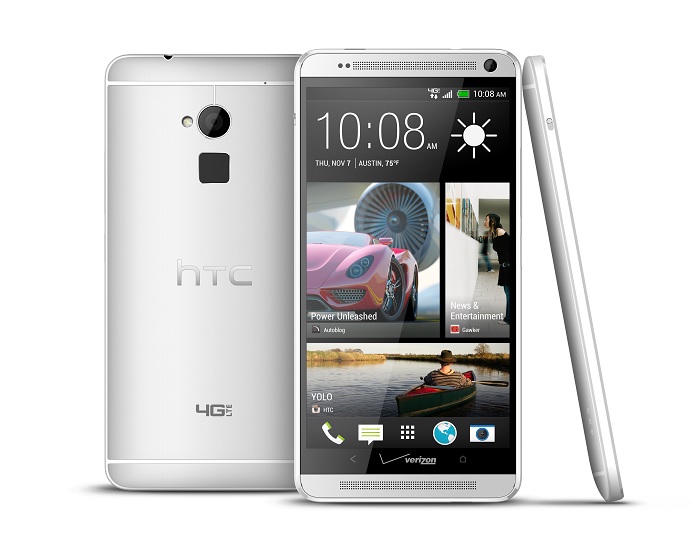 If you’re a fan of big size smartphones, HTC One Max can be a good choice as it brings a gigantic 5.9 inch display sporting a resolution of 1920 x 1080 pixels. The phablet comes with a similar design as the HTC one, except for the fingerprint sensor on its back.

HTC One Max is powered by Qualcomm Snapdragon 600 chipset clocked at 1.7GHz with 2GB RAM and 16/32GB internal storage with a microSD card slot that supports up to 64GB. The handset offered by Spring for $149.99 comes with 32GB storage on board, which is a good thing for storage hungry users. 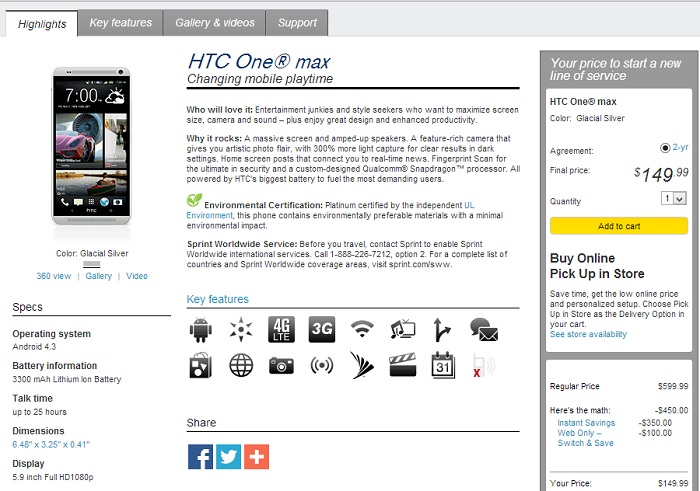 Other features include a 4MP UltraPixel camera on the back with a 2.1MP front-facing camera capable of 1080p resolution, a massive 3,300 mAh battery, WiFi, 4G LTE, Bluetooth and runs Android 4.3 Jelly Bean out of the box.

Rumors suggest that the oversized HTC One Max will also hit AT&T and Verizon in the coming weeks, but there’s no confirmation about it. Anyway, are you going to get the HTC One Max from Sprint or do you have any other handset in mind?