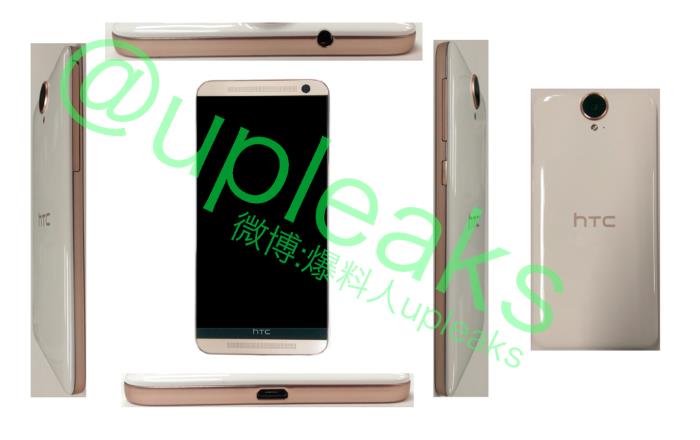 Not too long ago, the alleged HTC One E9 was spotted over at Chinese authorities, showing a large 5.5-inch display and a big camera module on the back of the device.

Recently, the images of the alleged HTC One E9 were leaked, but the new images show a glossy back for the device, rest of the outlook appears to be the same as the images spotted on TENAA.

There’s no word from HTC about the existence of the device, or when it will see the light of the day, but considering its predecessor, there’s a possibility that the device may be limited to Asian markets only.

Not much is know about the hardware and specifications it will come with, but it’s expected to feature top-of-the-line specifications, but with a plastic design to make it a little different and pocket-friendly. Previous rumors suggest the alleged device will feature a 5.5-inch display sporting a resolution of 2,560 by 1,440 pixels, an octa-core MediaTek MT6795 processor clocked at 2.2GHz paired with 3GB of RAM and 32GB of internal storage.

We’ll update you as soon as the handset is available for sale.