The graphic is titled ‘How people in science see each other’ and its goal is to humorously depict perception within the confines of academe. We never realized professor’s thought undergrounds were Megan Fox-sexy. Then again, we might be missing the point. The self-image of technicians are golden though. Hint: a timeless action hero sums up the glory of being an indestructible lab wizard. 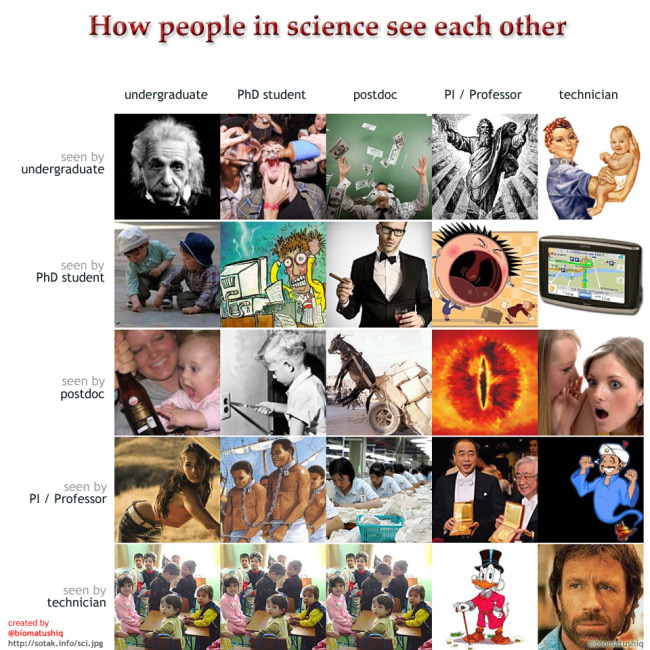 The confessed creator of this graphic wanted to refreshingly convey the rigid hierarchy that dominates most institutions of higher learning. The result is amusing, to say the least. Chuck Norris is just too much of a mega-meme to get tired of.

Here’s a compelling question for the readers. No prizes except bragging rights. The question is: In what country and what city did PhDs originate?