Honda has its name on so many things except for corporate jets. That’s about to change in the wake of its light jet’s maiden flight. The six seater aircraft’s edge over the competition is fuel efficiency, its engine consuming 20% less than the average. 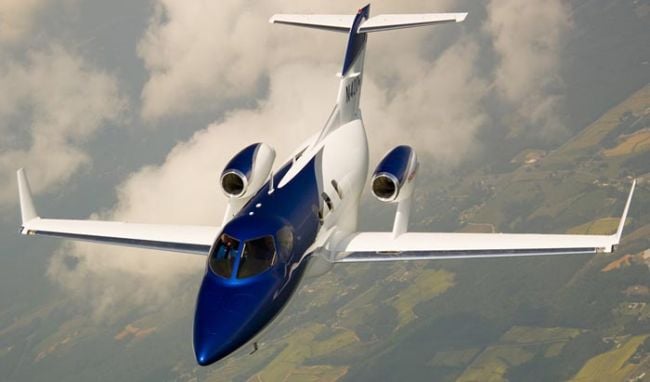 Of course, one is tempted to think the performance is a matter of alternative energy or a new engine, but that’s hardly the case. Honda’s jet marks a slight shift in aircraft design that’s been missing in the industry for quite a while. As the pic above indicates, the engine configuration and fuselage shape allow the jet to perform at enhanced speeds.

Materials are another revolutionary aspect of the jet. Carbon fiber and resins are used throughout the Honda jet, decreasing weight and allowing for a lighter frame, thus taxing the engines less. Ergo less fuel consumption.

But the truth is if fuel consumption is the norm, a truly cost-effective and plane would be a prop-driven one. Prop-driven planes are light, rugged, and generally consume less fuel. They’re noisy too, but compared to a jet engine it’s a non-issue.

Honda is set to roll out its game-changing jet early next year.