The good news is he’s been released. The awful news is the implications–does charging your phone outside a privately owned building make you a target for police scrutiny?

For 23 year old Shawn Fawster this is exactly what happened. One moment the homeless and unemployed young man was charging his phones (two, in fact) the next he was in custody. Fawster was thrown in the slammer for possession of a concealed weapon and subsequently released on bail. (That’s not him in the picture below, by the way.) 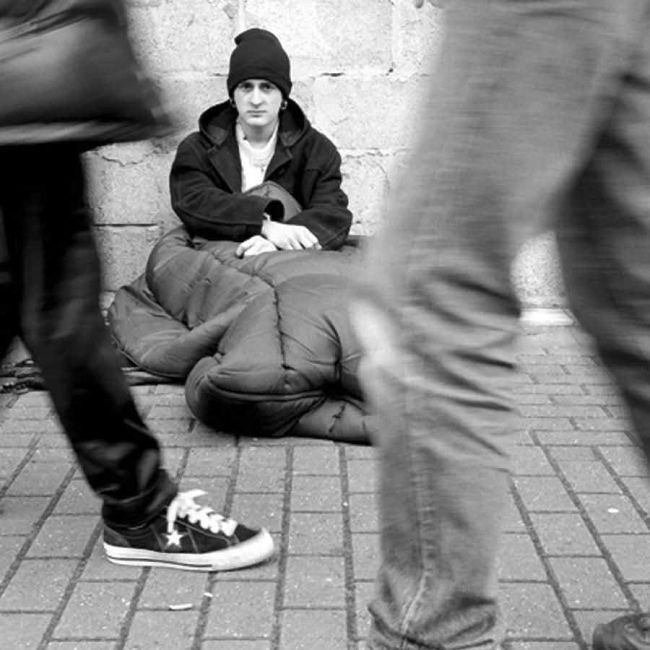 Of course, what makes this it of news particularly worrying is the use of outdoor outlets. If they are available outside a building, should you ask permission to use them or just go ahead and charge your gadgets? Also, should the police bother protecting outdoor outlets or is the responsibility squarely on the shoulders of the owner?

Also, though bums are unsightly, does mistaken charging merit jail time? Remember what happened to John Rambo after the sheriff cracked down on him on First Blood? Yeah, e careful with the homeless. You never know if they’re former commandos.

According to a news source:

A homeless man has been charged with theft of electricity after a random check by local police found that he had plugged two mobile phones into chargers hidden behind some flowers outside a private building.

The police in Bangor, USA charged Shaun Fawster, 23, with theft of services as well as with carrying a concealed weapon.

Fawster, who was taken to Penobscot County Jail after his arrest, since has been released on bail, a jail official confirmed to the local newspaper, the Bangor Daily News.