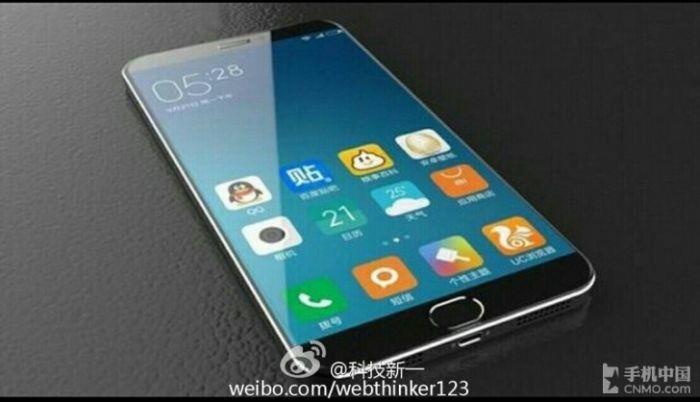 Xiaomi is expected to introduce its next flagship device, the Xiaomi Mi5. We’ve heard quite a lot about the smartphone over the past few weeks, including some leaked images as well as some of the internals which the handset is expected to ship with.

Recently, another new press render of the alleged Xiaomi Mi5 surfaced from Weibo, giving us a glimpse of what the handset may look like.

At first sight, it looks like a much more refined version of its predecessor with a metallic frame and dual speaker grills at the bottom, along with a charging port. It’s a little different than the images we’ve seen in the past, such as a slightly round home button and extremely small bezels on the screen.

Also, previous leaks showed the “Mi” logo which is normally placed at the top left corner of the screen, but in this render, it’s not visible at all. There’s a possibility that it may not be legit, but there are quite a few similarities with the images we’ve seen in the past.

As for the internals, the alleged device is expected to come with a Snapdragon 820 processor, a 5.3-inch display with a resolution of 2560 by 1440 pixels, 4GB of RAM, 16/64GB of internal storage, 16MP camera for photos and videos, a 3,030 mAh battery and is expected to ship with Android 5.1 Lollipop with MIUI 7 running on top of it.

We’ll update you if we get to hear anything more about the alleged device.