There you were,  just growing accustomed to that shiny new Xperia Arc when Sony Ericsson go around updating the thing with a slightly zippier processor and some eye-catching camera software. By which we mean both eyes. It turns out that not only has Sony Ericsson bumped the processor speed to 1.4 Ghz , it’s added a 3D image capture setting to the Arc’s camera software. 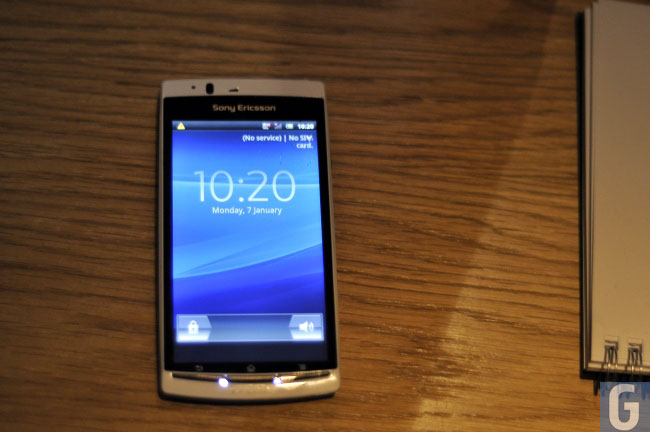 We should emphasize “software”, as the phone doesn’t benefit from a second camera and it shows. The images taken with the 3D panoramic sweep effect setting we were shown  had only the slightest 3D effect, but jagged edges and purple patches aplenty. Unfortunately, nothing else really sets the handset apart from its predecessor, but if you loved the original Arc, then the only problem you’ll have with this new incarnation is Sony Ericsson’s stubborn refusal to stick a dual core chip in there.