Hey, this gun look familiar? That’s because it has been ripped out from the screen while you’re playing Halo. 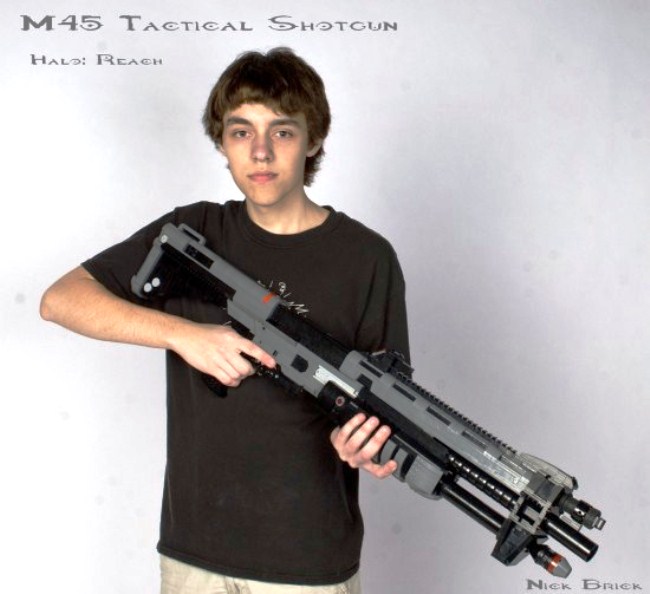 That right there is a life size replica of Halo’s M45 Tactical Shotgun. And it was made out of LEGOS.

LEGO Modeler Nick Jensen has combined his love for the game and the toy by making this really neat weapon.

Aside from being life-size, it has a working trigger, moving slide, and a mechanism to eject LEGO ammo “shells.”

Jensen began working on this 38-inch 5-pound model in February and finished in early March. The entire model is LEGO except for a little glue in some areas.

If you want to see it for yourself, Jensen is showing this, and all his other LEGO weapons, at the 2012 Brickcon Convention in June.