There’s certainly a lot of folks out there who have dedicated a slice of their life to getting Mac OS X running on non-Apple hardware. It’s complicated but sure gives you that endorphin rush after you complete it. Not many though are willing to invest a huge chunk of time and effort building a hackintosh.

Lifehacker recently posted a way to get around this using just an OSX86 iso and Sun’s free virtualization software VirtualBox. 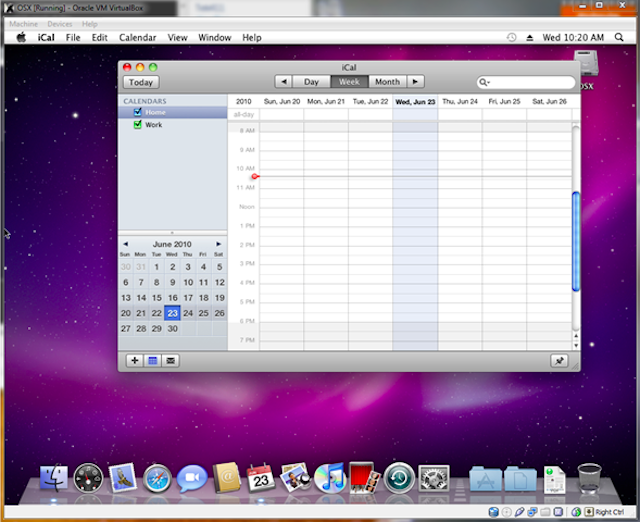 Previously, you had to really install the Mac OS right into your computer, which required a lot of crafty software, and sometimes hardware, hacking.

If you don’t want to tinker too much on your already-perfect rig, just follow the instructions on the link below to put a Mac into a virtual drive on your PC. Some people even pointed out that you can use a retail Snow Leopard disc as well if you use an EFI tool during installation.

It’s not all roses though since audio seems to be not working and you only get a single core running. I’m sure there are other stuff that doesn’t work but it’s all part of the hackintosh experience.