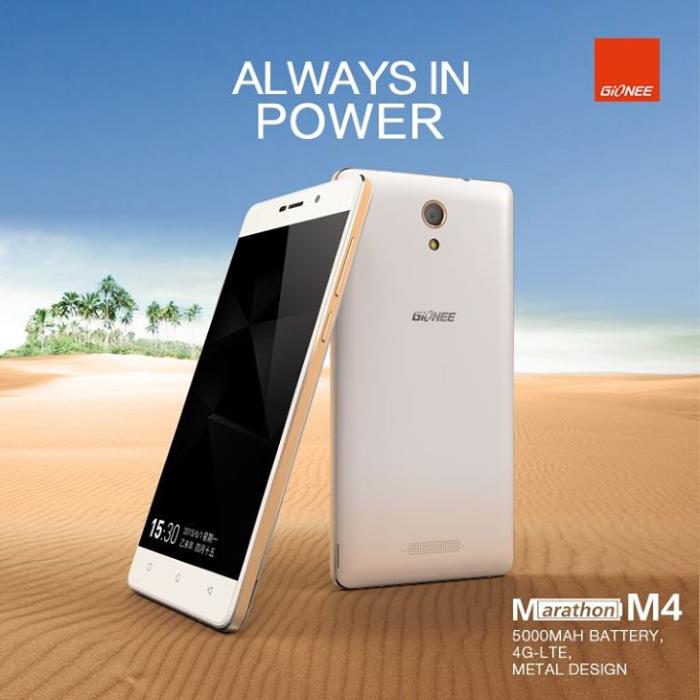 Gionee is a popular Chinese manufacturer which is preparing a new smartphone, Marathon M4, equipped with a massive 5,000 mAh battery.

The smartphone is said to offer users with a talk time of almost 65 hours on a single charge, with a standby time of around 463 hours.

Other than the massive battery, the handset is set to launch with a decent set of specifications, including a 5-inch display sporting a resolution of 1,280 by 720 pixels, and 1.5GB of RAM on board. The handset will feature a metal design to offer users with a premium look, as well as 4G-LTE connectivity on board. The device is expected to launch with a price tag of around $200.

As far as the photographic capabilities are concerned, the handset comes with an 8MP camera as well as a 5MP front-facing camera.

Furthermore, the Gionee Marathon M6 is expected to feature an even bigger battery, a massive 6,000 mAh, which will definitely last longer than most of the smartphones.