Apparently there’s this huge arts festival in Munich coming up and among the vast multitude of art installations to be exhibited include this giant Like button inspired by Facebook. It was made by Mario Klingemann and works real easy. You see it, you go near it, you press it, and hey! You’ve liked it! The number on the small screen goes up by one. 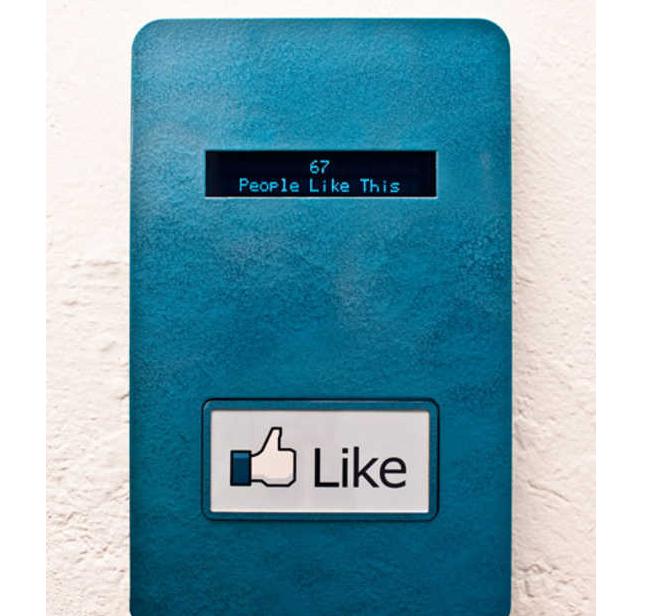 Turns out the creator of this public Like button is an artist who dabbles in–hate to use this term–’mixed media.’ Of course, the secret behind this latest build is an Arduino computer while the casing is wood and acrylic.

Klingemann, who also masquerades as ‘Quasimondo’, has inspired a number of imitators who’ve built similar physical Like buttons in several different countries.

As an ultimate act of perversity it would be great if you can carry one of these around and Like whatever you, well, like. Or not. Might get you into trouble.