It’s allegedly so tough and adhesive it can be used thousands of times. The sad part is the unnamed and unbranded tape remains a lab-developed oddity, still quite far from making it to a nearby office supplies store. But the possibilities! Oh the possibilities! The inspiration for this so-called ‘bioadhesive’ tape that was developed in the University of Kiel came from the lizard kind. Since the slimy cold-blooded creatures (at least the ones that have limbs) have an uncanny ability to scale vertical surfaces, the team tried to replicate this with tape. 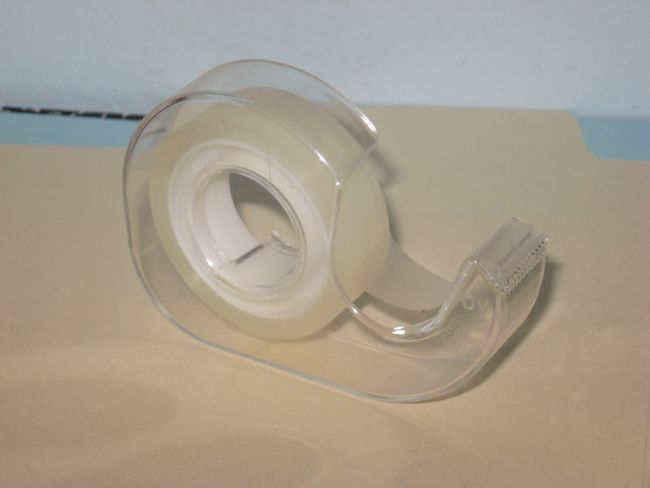 Seen above is a mere stock image of plain, boring scotch tape.

So far the effort has borne fruit, or should it be tape? The resulting silicone material uses tiny microscopic (emphasis on how small they are) hairs that bond to surfaces at the molecular level to produce a stick that, uh, really sticks.

To further promote their R&D, the U of Kiel team took a group shot with one member hanging from the ceiling. Would’ve been cooler if he was upside down, but no. he’s just hanging from a length of tape. On top of its herculean qualities, the new tape is also waterproof. If that isn’t impressive enough, it’ll probably work as an instant car repair material to. That is, if it’s ever mass produced.