There used to be a time when the catch phrase ‘What’s good for GM is good for America’ rang proud and true. Now it doesn’t seem to apply considering the sad depths Detroit has sunk. This doesn’t mean the great automakers are throwing in the towel despite repeated trouncings from foreign rivals.

GM recently announced that it’s developing a new kind of airbag that goes poof from a different part of the car. Intrigued? More details after the jump. 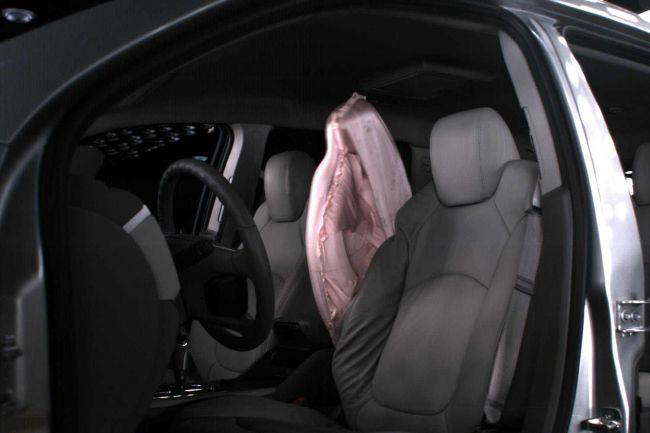 They’re called front-center airbags. An innovation so fresh, so unexpected, that it won’t be until 2013 that they will start appearing in specific models. These are the Buick Enclave, GMC Acadia, and Chevrolet Traverse.

In case you’re wondering what value an extra cushion has on the right side of the driver’s seat, why, it’s pretty simple. The potentially fatal liability the front center addresses is called far side impact. Imagine the driver being jolted from his seat during an accident. Instead of getting thrown sideways, the driver is instead caught and protected by the sudden eruption of the front center.

Keep in mind it took GM and its partner technology firm three years to finally perfect its design. That’s how big auto companies roll. Since they pretty much epitomize monolithic corporations saddled by immense bureaucracies, whenever GM pursues a new goal it may take some time.