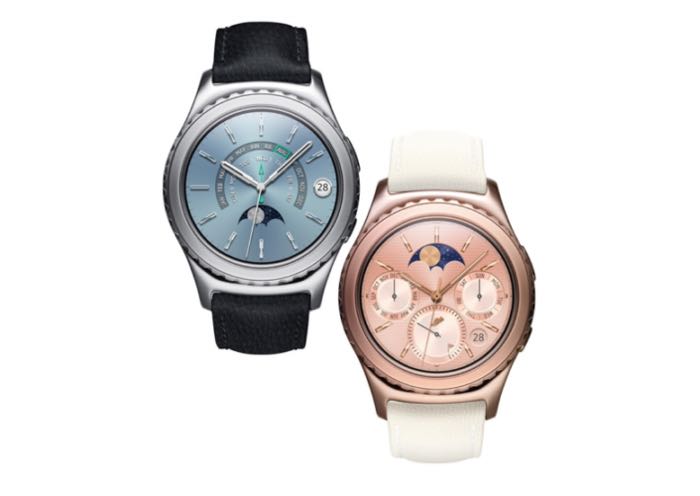 Samsung has officially announced that the Gear S2 cellular version will officially launch in the United States on March 11th, and will be available through several carriers in the country, including AT&T, T-Mobile and Verizon.

There’s no word about the pricing and availability details from the carrier, but we’re hoping it will be released in the next few days.

Samsung Gear S2 comes with a 1.2-inch display sporting a resolution of 360 by 360 pixels, a 1.0 GHz dual-core processor and ships with Tizen as its operating system. The wearable device also features 4GB of internal memory, 512MB of RAM, 3G/4G connectivity, and a 300 mAh battery to make sure it can offer users with a decent battery time.

It helps users measure several health-related metrics as well as the ability to check notification alerts right from their wrist.

Anyone interested in picking up the Samsung Gear S2 Classic when it launches next month?