There’s no surgery like DIY surgery. Sometime in the near future we imagine concerned citizens performing heart transplant on their own, medial licenses be damned. But we’re not there yet, however, this little kit might be a step in the right direction. 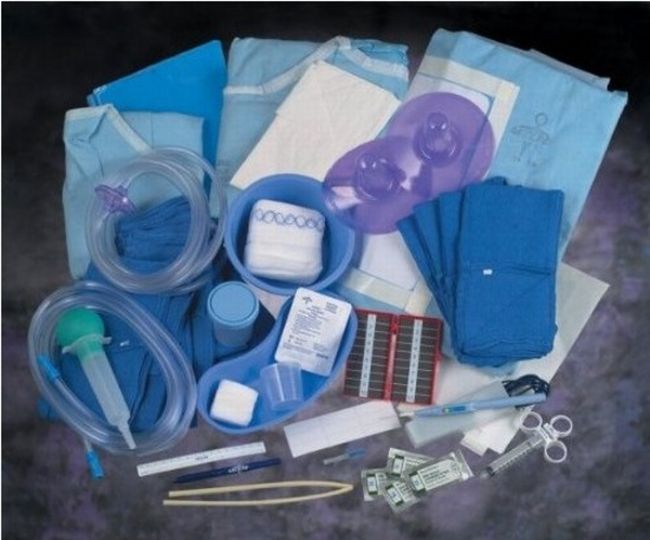 As indicated by the pic above, the kit includes bandages, apparel, and the precision tools for the job.

Unfortunately there’s no anesthetic. We suggest go Red Dead Redemption and do the deed with a bottle of whisky. You might be halfway drunk while performing the, uh, surgical maintenance on yourself, but hey there’s enough stuff in this kit for three gastric bypasses. That’s three strikes—then you’re out.

Aside from the lack of anesthetic, there kit doesn’t come with a manual so you’re on your own. Then again, maybe Wikipedia can help. Or a good friend perhaps. Hey! How about an insightful customer review? Alright!

“Unfortunately I managed to get this all screwed up. It should have been clearer that you don’t use all three kits. I ended up doing my stomach, liver and what I believe is a kidney although I don’t have enough medical experience to say for sure. It was very hard to use some of the tools while looking in the various mirrors I had set up. But, I got it done. At one point my wife came in, saw the mess and said I should have called a real doctor. Well, I showed her! I’m now happily eating, drinking and urinating much less. I look forward to trying the next release, the cardiac bypass kit.”

So how much does this all cost? Shouldn’t it be really expensive? Nah!!! Pay $260 and you can chart your own destiny. Go to Amazon if you’re interested.