The perfect buy for those game-inclined individuals bummed by keyboard controls, the Chameleon X-1 is a perfect marriage of function and form thanks to its duality. It’s a mouse until you flip it to reveal the controller underneath. Neat, huh? 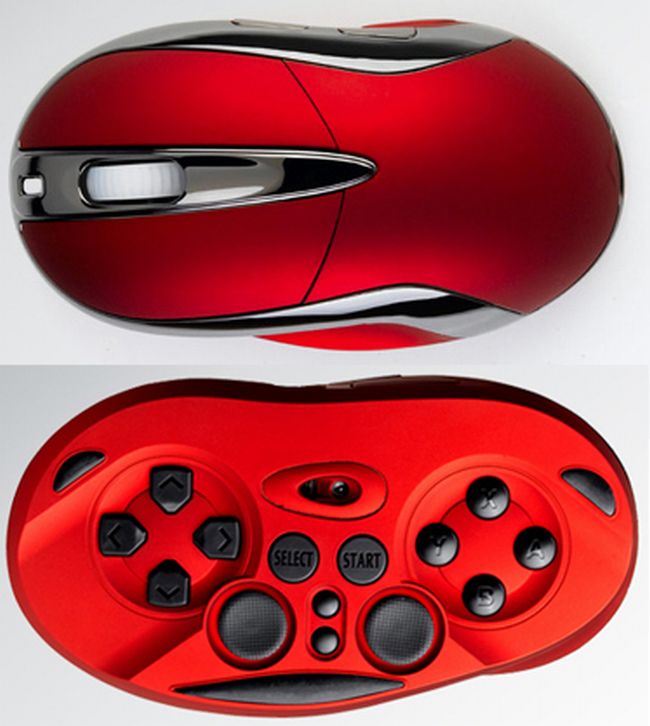 Since all features on gadgets demand a requisite specs list, let it be known to the public that the Shogun Bros. Chameleon X-1 packs a 5-stage adjustable 1600dpi optical sensor plus a 125Hz polling rate  connected to a PC via a 2.5GHz wireless dongle.

The gamepad underneath has 14 buttons and there are several more encrusting the shiny mouse on top of it. Aside from the Christmas red variant pictured above, there’s also a Chameleon than comes darker than black.

But there has been quite a rash of misgivings among gamers and journos once news of this latest mouse-controller spread: The much-vaunted duality of the device can make for awkward handling since merely using the buttons underneath may result in unwanted clicks on the mouse at the other side.

Shogun Bros. have announced that it’s hitting stores on the first quarter of 2011 and will sell for $55.