Imagine yourself in the Alps, Tierra del Fuego, or Antarctica, narrowly avoiding mountain peaks and massive glaciers as the FlyNano zips by at 70 km/h on its electric motor. Such are the many grand escapes the FlyNano is built for. The creation of Finnish engineer Aki Suokas recently debuted at an airshow and has since inspired a cult following. 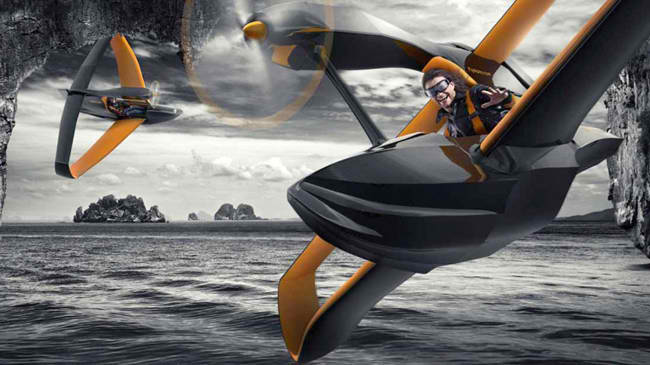 The FlyNano is a lightweight carbon fiber waterplane that’s great for low level flight and occasional hair raising aerial acrobatics. The specs and performance numbers are impressive for a one man flying machine that doesn’t even have space for luggage. Scratch missile docks on the wings either. This beaut was built for speed, so those pew-pew from above fantasies should be put to rest.

So far the FlyNano is available in three variants. There’s the green conscious electric engined one, then regular petrol guzzlers that both enjoy increased horsepower that go for up to $39,000. (Ouch!)