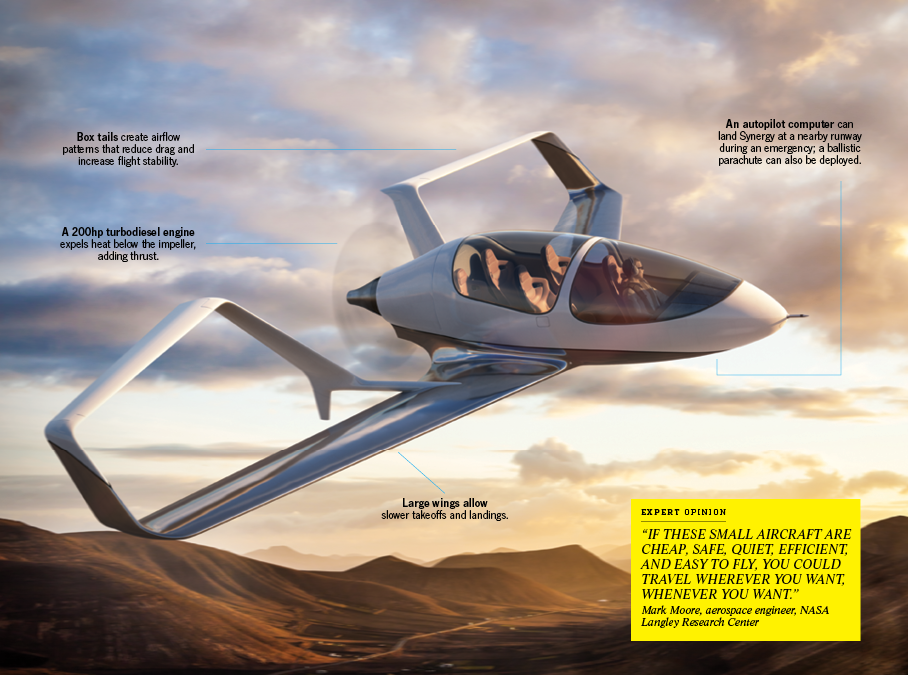 John McGinnis has spent more than two decades teaching himself aeronautical engineering and thinks he has the answer to the flying cars dilemma. After reading a NASA research paper that challenged the traditional equation for aerodynamic drag, McGinnis believed he finally found the answer for making a flying vehicle that’s cheap, safe, efficient, quiet, and can comfortably seat a family of four.

He calls the plane Synergy. Its major innovative leap is in its box shaped wings that are designed for minimum drag and maximum efficiency to make gliding easier than ever before. The wings remain in box formation while taking off and extend once the vehicle is in flight. When you’re ready to land the vehicle, the wings contract back into place. The plane is coupled with an autopilot computer that can land the craft for you and a ballistic parachute just in case of emergency.

McGinnis claims to be working on the plane ninety hours a week, and believes he’ll have a working prototype by the end of this year. We might all finally get the flying cars that science fiction movies have been promising for decades.