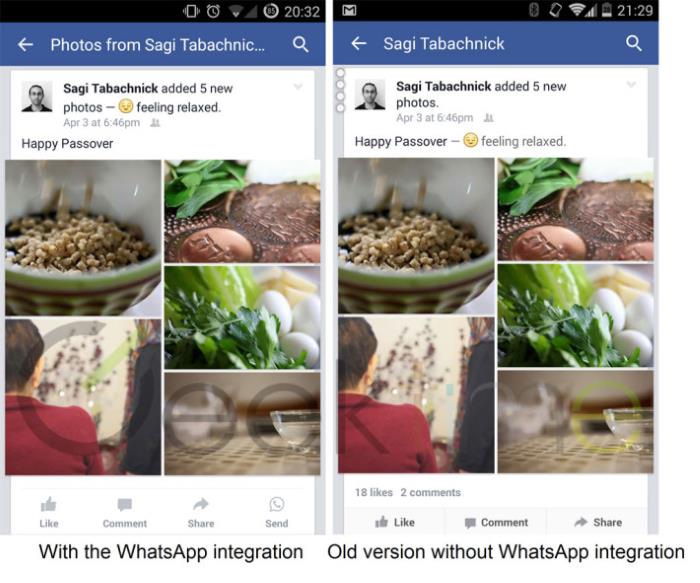 Last year, Facebook acquired the popular instant messaging app WhatsApp for a whopping $19 billion and it appears the company has started testing some sort of integration between the two apps.

According to a new report, the latest version of the Facebook for Android app (Version 31.0.0.7.13) has integrated WhatsApp button, allowing users to share news and media directly on WhatsApp.

We also updated the app to see if the feature is available, but it seems the social networking giant may be conducting a beta test with a selected group of users — we were unable to see the “send” button in the latest version of the app.

Previously, WhatsApp’s Jan Koum assured users the instant messaging client won’t change and will continue to work independently. Facebook continued to work on its Messenger app, and WhatsApp is operating as usual, introducing new features such as voice calling which was introduced in the latest update. But, integrating some common features on both apps can be useful for users in some scenarios.