A curiously-named new iPad app called Butt Art just launched at the iTunes store. The app was developed by a company with an equally unusual name, Everything Butt Art. 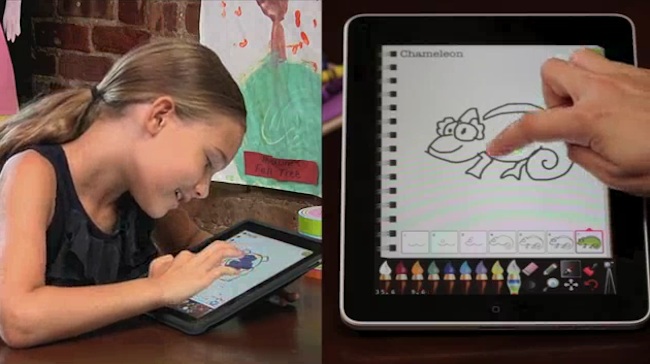 Butt Art is an app that teaches children how to draw common zoo animals starting from the shape of a butt—that is, something like a figure of a heart drawn upside down, with the point removed, or maybe like the number three lying on its side.

This simple figure, according to the makers, is easy for children to imitate, and it leads to surprisingly easy steps that are shown one by one on the screen. These simple steps can then be drawn into chameleons, giraffes, ostriches and zebras.

The main feature of Butt Art is that it claims to understand how children think. With that viewpoint, they are able to imagine what appeals to children, whose minds are perpetually sparked by their imagination. In this case, the appeal is in the ease of drawing seemingly-complicated figures.

Of course, adults can also have endless hours of fun on the device—once they are able to pry the iPad from the kids.