To think that for hundreds of years, millennia even, people have been tumbling off horses and suffered the inevitable. In fact, just last year professional equestrians were still bearing with the hardest knocks their profession could give them; an assortment of broken bones and ruptured organs whenever they’d fall from the saddle. 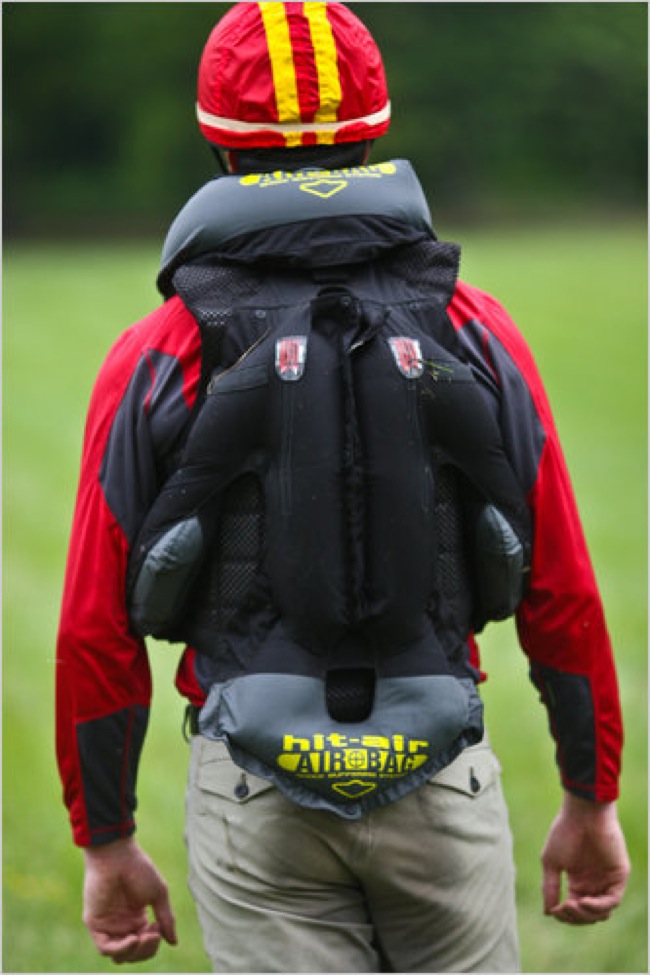 But this may be a thing of the past with the advent of the Point Two Jacket. Developed by a British nonprofit group called Transport Research Laboratory, careful testing revealed that the percentage of serious injury is significantly reduced by wearing the jacket’s air bags over a protective vest.

Similar R&D has also been done at the Japan Automobile Research Institute on behalf of Mugen Denko, a manufacturer of air bag vests/jackets.

While those who’ve actually used the safety apparel are satisfied with its performance, skeptics remain who question its utility and pointing out how it only reduces the harm on a fallen rider by a small percentage.

Despite the criticism, Transport Research Laboratory is also looking for its application in other sports such as motorcycle racing and cycling.

Until this becomes mandatory for the racing and equestrian worlds, maybe someone can test if one of these airbags are usable to cyclists as well? Though I suppose X-Games enthusiasts won’t be caught dead with one of these.

Via Gizmodo and NY Times