Wayne Dorrington wants to share his Star Wars urges with the world. To achieve this end, he creates huge infographics chronicling each episode. So far he’s done A New Hope and just recently unveiled The Empire Strikes Back. Talk about epic. What you see below is just a small taste of the project’s sheer awesomeness. 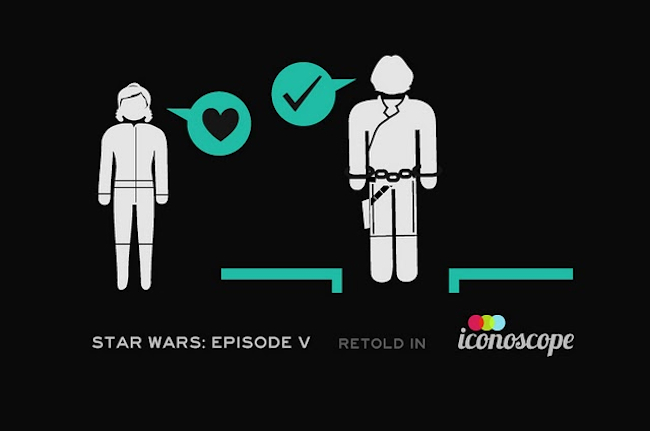 Here’s what it says on his blog:

In doing this one,  you realise how much more complex and in-depth the story was compared to first movie. The narrative is split into several sub-stories and keeps jumping between them – plus, in the first move there were virtually no costume changes for the main characters – but in this one, each had several, all of which are iconic.
But, I hope I’ve got it pretty much there. The plot is correct (it was from memory) but apologies if some some of the narrative jumps come in slightly the wrong places.
This one is also twice as long to get all the plot in – I tried cutting it down to a shorter length, but it then didnt make sense, so in the end I created two parts to make it a little more manageable to “read”. (Is that what you do with icons? Who knows)﻿. So, read/view/engage your ocular senses after the break to see it all.

The finished work is so massive, we suggest you visit the Wayne’s HQ for the necessary visual experience.

Since Wayne seems enthusiastic about infographic movie summaries, we thin he should try his hand on other sci fi/fantasy classics. How about Dune, perhaps? Or Blade Runner?