Samsung Galaxy S5 is set to launch in 150 countries on 11th of April, with the pre-orders already going on in most regions — as well as the availability through unofficial channels.

Samsung has announced the dual-SIM version of their latest flagship in China, which will be exclusively available from China Telecom in the country. 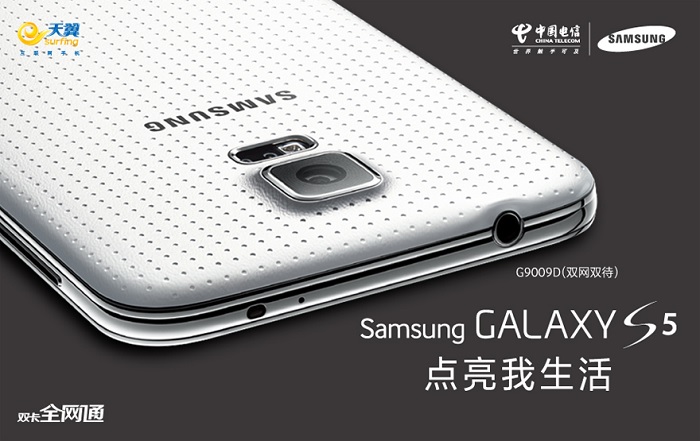 Samsung Galaxy S5 dual-SIM version has a G9009D model, and comes with a CNY5,299 (almost $850) price tag, which is a little hefty in my opinion, but  we should consider the fact that dual-SIM handsets are quite popular in the region, and will go on sale on April 11th in the region.

The handset comes with a CDMA2000, while the second one supports GSM. The dual-SIM version boasts a similar set of specifications as the standard version and comes with a 5.1-inch 1080p display, a quad-core 2.5GHz Snapdragon 801 chipset with Adreno 330 GPU, 2GB of RAM, 16GB storage with a microSD card slot, 16MP camera, 2,800 mAh battery and runs Android 4.4.2 KitKat pre-installed out of the box.

But, keep in mind that it may not deliver the same battery life as the standard version due to two radios, so you can expect it to be a little lower.