“Most people look at the internet as magic, they don’t care to acknowledge the actual physical infrastructure that’s moving that data.” These are some strong and powerful words from Isaac Wilder, a social activist-turned-director with his new free documentary “Free the Network” premiering next month on Vice’s Motherboard site. 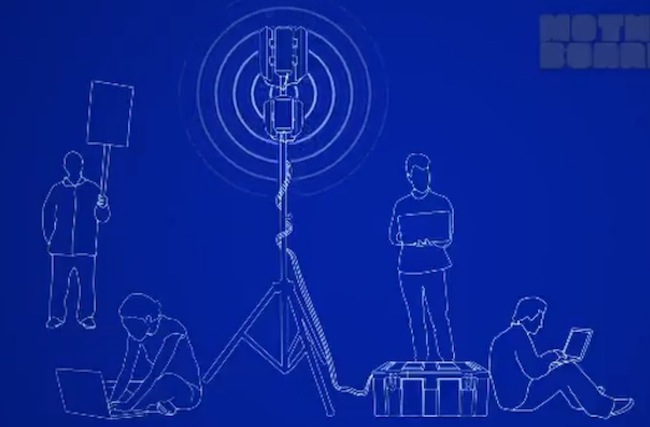 Isaac Wilder and Charles Wyble are partner directors with a crazy idea. They erected a “Freedom Tower” which is a 9-foot radio tower that provided free Wi-Fi to Occupy activist in Zucotti Park, New York. This is just the start of the Free Network Foudation’s greater visions.

It dreams of a global, centralized network that can’t be shut by any governing power. The plan will operate by individuals buying internet access and publicly owning and sharing it. This leads to completely user-owned internet.

Isaac Wilder summarizes their goal in a very fitting statement: “Global revolution is when the 99% controls the means of reproduction of information.”