Seen below is a home-made flame pistol built by an enthusiast who wants to light camp fires better. It looks real nice but the ‘making’ part is rather complex. Also, it’s a very dangerous tool that no one in their right mind should use indoors. Then again, no one in their right mind would put in the time to build a flame pistol unless they live in the post-apocalyptic wastes of the Fallout universe. As a marvel of human ingenuity though, it’s real impressive. 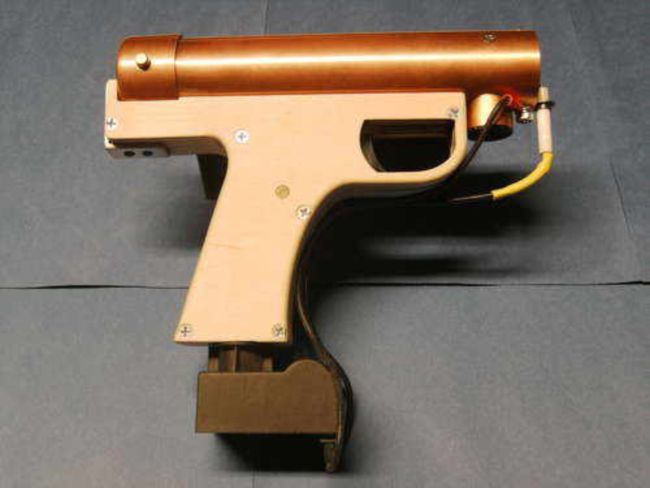 Keep in mind this is a short to medium range tool, so its chances as a potential weapon during a zombie outbreak aren’t that good. Maybe for close quarters barbecuing (zombies, that is). Do not use this to light up a cigarette!

Full instructions are better off read straight form the source link below. The pistol itself is fueled by butane, which is readily available in lots of places. It would be more dangerous, however, if a larger supply could be provided through a tube attached below the pistol grip. The tool becomes heavier but the firepower factor is multiplied to an awesome degree.