iPad stands. There’s no end to them. Mostly cheap, sometimes clever, and occasionally inventive. To spare yourself having to shop for a suitable tablet rack, just help yourself to some chopsticks and wood glue. That’s all it takes to build a DIY iPad stand that’s perfect for the kitchen. 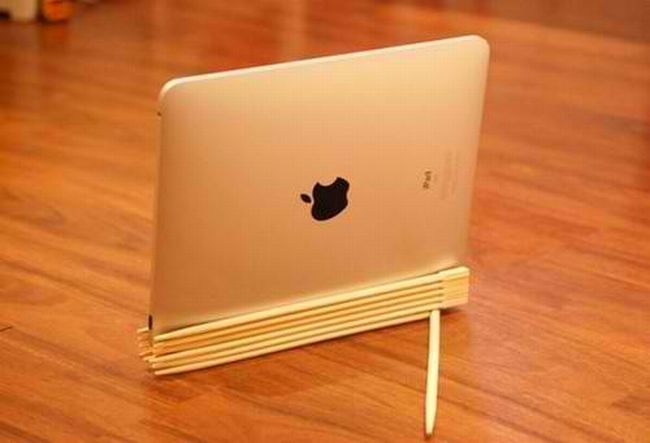 The build is super easy and the helpful pic above is more than enough instruction. Utilizing no less than 13 chopsticks (individual, not pairs), glue a dozen of them into a U-shape then secure the last remaining chopstick with a bolt. There might be some minor drilling involved but it’s no biggie.

When it comes to iPad stuff, we usually mention the price at the very end. Since this is a DIY project, the only price for a chopstick stand is a little effort.