It seems there are some developers who are not taking a day off during Christmas, including the folks behind Diigo.

Recently, Diigo for Android received an update that comes with a bunch of enhancements and features, including a makeover of the drawer user interface. 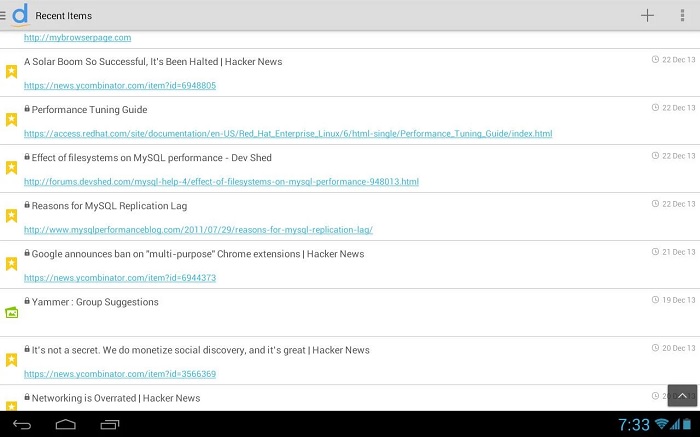 In case you don’t know what Diigo is, it’s a bookmarking service that lets users  ddd text note, take picture, import text message and add bookmarks to their library. The data is synced with diigo.com and can be accessed on any device with diigo application.

The latest update bumps the Android version to 2.0 and give users the ability to search their diigo library, scroll to load more items in the drawer, add items to different lists, slide on an item to reveal more actions and perform them with a single tap, support for tablets (Nexus 7), and few bug fixes in tow. Additionally, it also fixes the sign in bugs which were haunting the users while updating.

Here are some major improvements.

If you’re using Diigo, head over to the Google Play Store and update the application or download it if you’re interested.