Pigeon poop. You ever got your coat, jacket, or hair splattered by the white stuff with bits of dark green? Gross, right? If Tuur Van Balen has his way, such ‘accidents’ will be a thing of the past thanks to a special kind of feeding he developed. 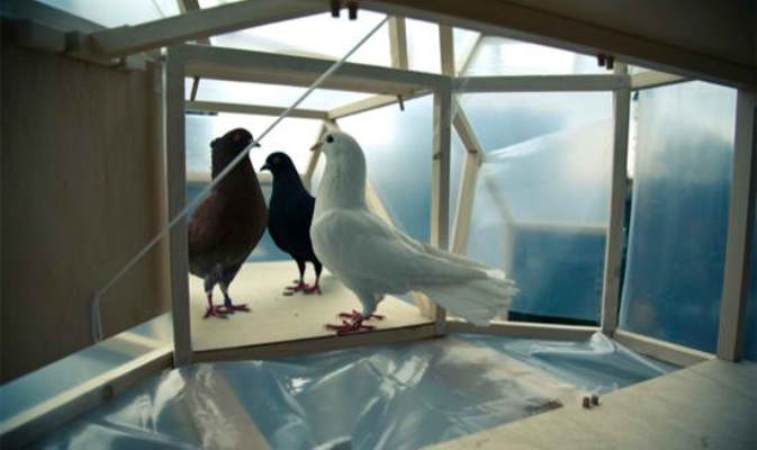 Van Balen’s plan involves building special shelters—not cages, but shelters—for pigeons to congregate in so they can be fed a substance that contains a super secret bacteria. What the bacteria is we don’t know, but what it does is hilarious—it turns the pigeon’s feces into sterile detergent. In Van Balen’s own words it’s “like yogurt for humans.”

What van Balen’s invention does is erase the nuisance of pigeon feces in big cities, itself an immense feat of public service. Even better, with this newfangled bird poop citizens now have a free substance for window cleaning. Wunnerful!

If it works spectacularly on the digestive system of pigeons we’re wondering if the same can be done with humans. Seriously, take babies for example. Babies doodie all over the place, spreading much grossness and dismay. Now what if they’re fed with Van Balen’s formula, effectively turning their diaper destroying discharges into, well, yogurt soap? Cool, huh? Besides, isn’t yogurt easier to clean than poop?

Or how about us? As in regular adults. Maybe a commercialized human-friendly dish similar to Van Balen’s can finally rid us of smelly poop and noxious farts. Except for Peter Griffin, who likes ’em anyway?