Ah, Cut The Rope. iPhone game supreme, you are. Until last month of course when it became available on Android. Anyway, given the rising popularity of the game, it doesn’t seem surprising that merch will be rolling out soon. Pictured south are a complete set of Cut The Rope plush toys. How long before the DIY punters start manufacturing their own unofficial merch? Not long, friends. Not long. See Angry Birds. 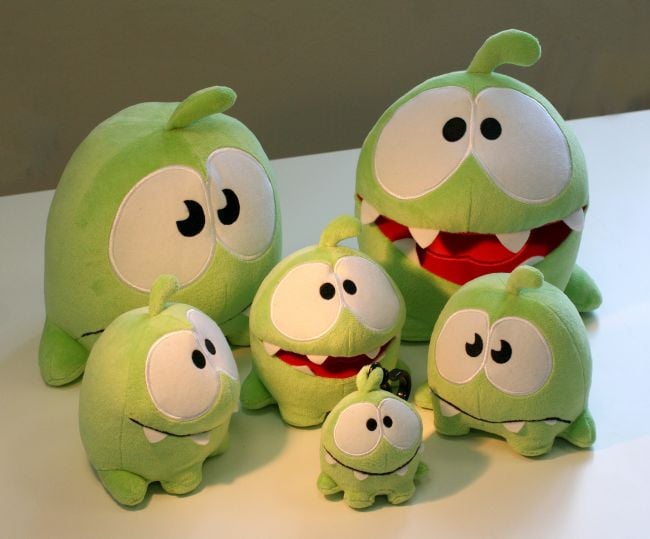 By ‘invading soon’ at the title we meant around the same time Conan the Barbarian is coming out in theatres. Or maybe a little later. But dear Om Nom is already slated to conquer hearts and minds with different sizes. Yes, different sizes and several facial expressions.

One last thing: there’s a Cut The Rope update for iOS also on the way with new levels and new features, like a broader menu for Om Nom to snarf.