Back in the day they used to blame Elvis, rock n’ roll, then the Beatles, AC/DC, heavy metal, the occult, Marilyn Manson, and even video games. If you’re young and in high school, everything in the big bad world is out to get you. Now comes a new study from the National Center of Addiction and Drug Abuse whose results point to the ‘negative’ consequences of excess Face-twittering. Oh wait, that’s supposed to be excess Facebook and Twitter. 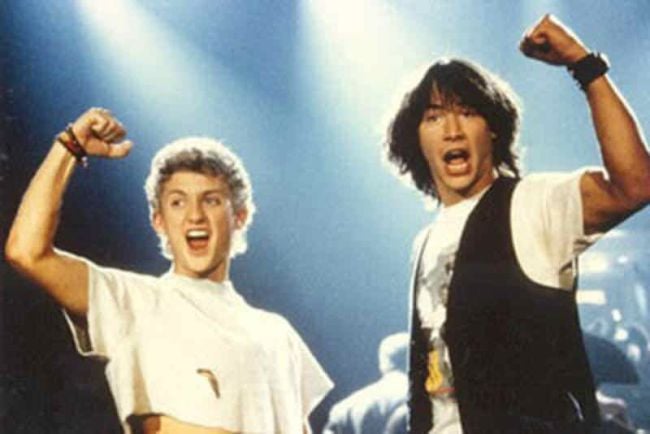 The whole gist of the new research points to a definite relationship between being exposed to drugs and booze shenanigans via social media and the susceptible teenager actually partaking of said drugs and booze. In other words, when your 14-year old sees the partying on Facebook, they probably want to party themselves. The likely result being they end up like Wyld Stallions like Bill and Ted (see above.) It’s as if most 14 year olds (and most teenagers) are stupid.

It’s hard being a teenager these days. Everything you genuinely like gets criticized by supposedly well-meaning adults via various faceless organizations. Much worse than the constant assault of synthetic corporate teenage culture—your insipid pop music, pointless reality programming, skewered news, and suffocating political correctness—it seems that social networking is the new pin cushion for invented parental concern. Sure, Facebook has its share of ills, but to suggest it’s a malevolent bogeyman?