In the past few days, we’ve seen countless rumors hinting at the launch of an iPhone with a larger display, possible two versions with one carrying a display size of 4.7-inch while the second one boasts a phablet like 5.7-inch display.

We’ve seen a number of concept renders of the alleged handset, and now, some leaked images of the cases for the two devices have popped up, hinting further about the large screen iPhone to hit retail later this year. 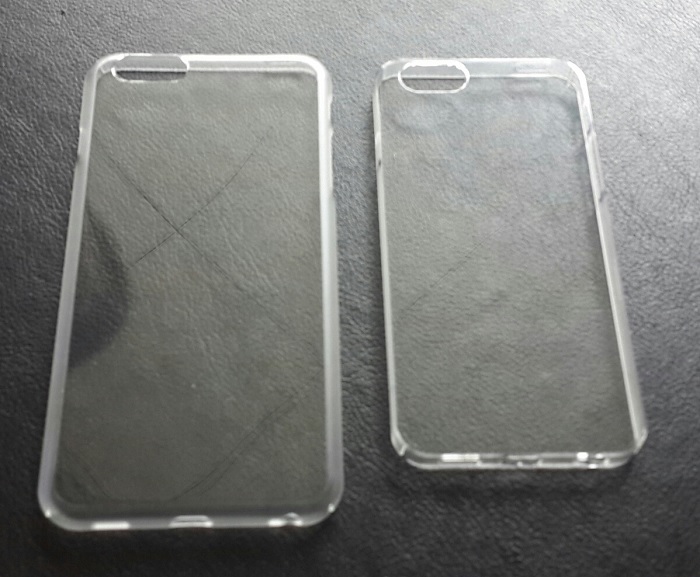 The folks at NoWhereElse posted an image of the alleged iPhone 6 case, showing a few changes to the design of the iPhone, compared to all the rumors we’ve heard about, and mentioned some inconsistencies as well. So, a grain of salt is required to believe in this piece of rumor.

It seems Apple has moved the power button on the side of the device, possibly due to its large size, as well as a mysterious hole on the top of the device where the power button previously resided. It may be fake or an early prototype that was being tested, so the actual device may turn out to be different.

The image is a little blurry so take it with a grain of salt. We’ll update you as soon we come across more information about the alleged iPhone 6.