Nokia has started rolling out an update for Extras+ Info app that brings two very important features to Nokia devices – call and SMS blocking. The update works on all the Lumia devices who are running Windows Phone 8 GDR2 or Amber update. Currently, Lumia 925 and Lumia 1020 comes pre-loaded with the GDR2 update while rest of the devices will get the update very soon. 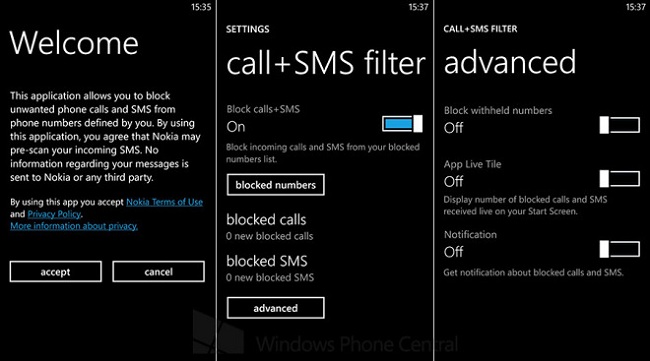 Addition of numbers to the blocklist is fairly simple. The application also integrates with the phone section of the devices where users can simple tap and hold on a number to add it to blocklist. Nokia has also added an additional settings area in Windows Phone that allows users to add any number which he/she wants to ignore.

The company even added the option to pin this feature to your live tiles showing users the number of calls and text messages that have been blocked by the application.

These are some very important features as there are times when you wish you could simply ignore calls from some specific people. The application can be downloaded from Windows Phone Store.