Where some infrared burglar detectors use alarms, the geniuses at Heracles Research Corporation wanted a device with more ouch. Indeed, nothing causes more ouch than a cloud of pepper spray in a locked room. Though you wish it were acid instead—melts the flesh right off the bones—this non-lethal spray will cause anyone uninvited a lot of grief. 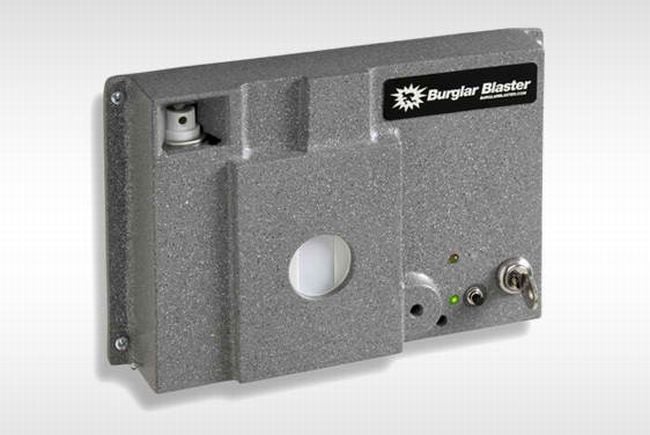 The Burglar Blaster is an independently powered unit that can run for up to four years on C cells. To prevent being fooled around with by hackers and pesky kids there’s a key switch and a secret activation button.

To avoid accidents, the Burglar Blaster has a 40 second window for shutdown before it sprays the ugly stuff. The best part of the Burglar Blaster is should owners wish to conceal it, a new paint job on the aluminum housing won’t affect its performance.

The Burglar Blaster isn’t cheap though and will set you back $600. Go here for additional info and a downloadable instruction manual.