When you get socked in the head by ’em. More like a concussion and a bed in the emergency room the morning after is what to expect. Truth is beer cans for weapons are a really bad idea. Unless you’re throwing them at zombies after running out of ammo, of course. The sheer ridiculousness of beer cans didn’t stop Kai Tsien-Williams (in collab with Chen Chen) from assembling these deadly nun chucks, whose Budweiser cans are actually filled with cement, so that’s a lot of oomph right there. 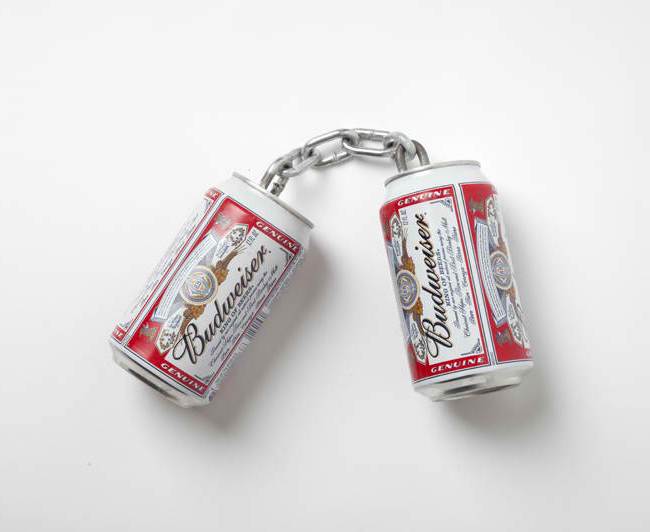 Mr. Kai Tsien-Williams is one of those guys who like working with their hands. The good news is the nun chucks are currently for sale. Only we can’t find where. Maybe it’s better we didn’t.

We also don’t know if Budweiser would go ahead and endorse this as official merch.