Or should it be suborbital? It’s basically a large helium balloon that goes up, up, up until the passengers feel they can touch the stars. The people who got the idea of the ground is a Barcelona based company called zero2infinity and they are now accepting reservations for a 2013-2015 schedule. The whole idea of this project called ‘bloon’ is to make pseudo-space flight a little more exciting adventure without the attendant hardware, i.e. Virgin Galactic. 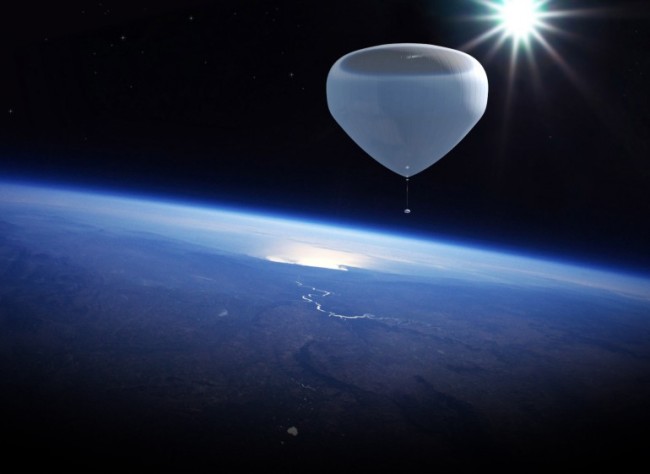 What sets zero2infinity’s bloon apart form its likely competitors is the variety. More than just a dull but picturesque balloon ride, bloon is a modular multi-functional platform that ascends as a balloon then descends as a parasail towards an Earth-based pre-designated landing zone.

Bloon is also about privacy, with most trips only involving two people. Given its exclusive nature and the type of technology involved, it’s also on the expensive side with trips going for upwards of $100,000.