Starting out the Arkham City demo by giving you control over Catwoman was the first shrewd move Rocksteady made. Padding out that leather suit with a downright distracting amount of simulated badonkadonk would be the second. But you need to get up pretty early in the morning to pull the wool over our eyes. There was no way we weren’t going to notice that there wasn’t much of a difference between Batman and Catwoman’s combat mechanics. On the plus side, there was no way were going to care, either. 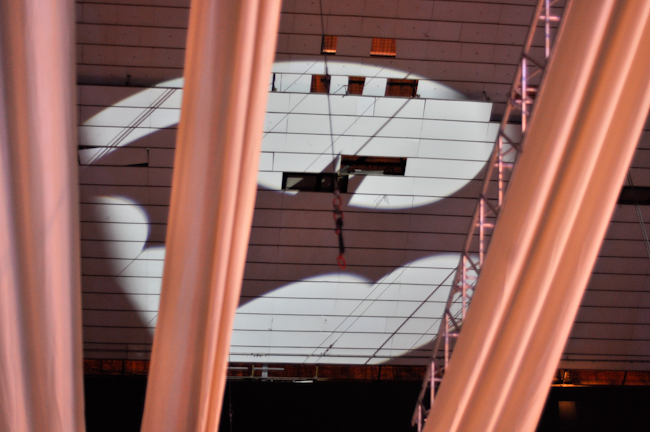 Because even if it’s used for both characters, the new combat system is a sheer and utter joy to play with. Arkham Aylum’s fights were at their finest when you got in an unbroken string of hits and counters that had the pointy eared detective spinning in a perfect storm of ass-kicking until everyone not currently pursuing vigilantism as a career option was keeping the floor tiles company. One false step, however, and that tidy ballet of broken tibias would devolve into fairly brutal one on one skirmishes inelegantly resolved with brutal takedowns. Arkham City’s take on impromptu prisoner rehabilitation sends Batman dashing from target to target, keeping every goon off balance while seemingly teleporting  around the room to effortlessly deliver stealthy pain and sweet unconsciousness. Simplicity of the combat system aside, though, the star of the game is Arkham itself. This isn’t an open world game by any stretch of the imagination, but Rocksteady have managed the tightrope walk of a focused experience that leaves the player feeling unencumbered with panache and gusto.

The scope of detective vision has been taken down a notch, but its use seems a tad more appropriate in the context. Investigations even managed to remind us of the Ace Attorney games, and that’s never a bad thing. All in all, Arkham City seems on track to deliver more of the same unique slice of Dark Knight mythos with added fun and style and we’d be shocked if it won’t eat up a sizeable chunk of our lives come October.