After a grueling lightsaber duel with a Sith Lord who turned out to be his dad, the Austrian youth lost his right hand. Thank the force it’s now been replaced.

Okay, okay, so that opening bit was total stinking bollocks. The Austrian youth is a transplanted ex-Yugoslav who goes by the name “Milo” and his right arm got paralyzed in an unfortunate motorcycle accident. Though the hand is intact, it’s been completely useless ever since. 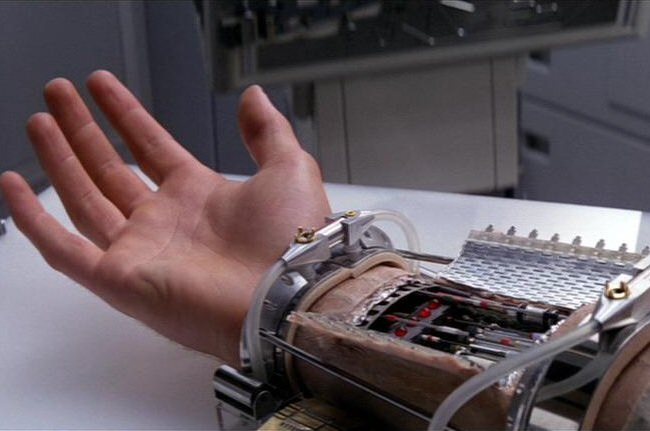 Thanks to the pioneering surgical practice of Professor Oskar Aszmann however, Milo is the proud owner of what is perhaps the world’s most advanced prosthetic hand. With two sensors that ‘read’ the motor impulses transmitted by the brain, Milo can look forward to performing a lot of everyday functions without a hitch. The only remaining hurdle is he still needs to remotely control his wrist movement with his left.

This isn’t the first time Milo and Prof. Aszmann have crossed paths. It was the Viennese surgeon who earlier operated on Milo to at least partially heal his right side. Several years later, Milo and Aszmann are expanding the boundaries of science with a German-engineered hand whose biomorphic features are a far cry from the mechanical drabness of earlier prosthetics.

The fateful operation was done in Vienna and Milo expects to have the use of his hand back real soon.