Simon Williams is a skating enthusiast who has designed a number of skate parks in his native Tasmania. He’s also quite the inventive bloke and an engineer to boot, the evidence being the Williams Deliver-E tricycle he’s building for use by the postal service. 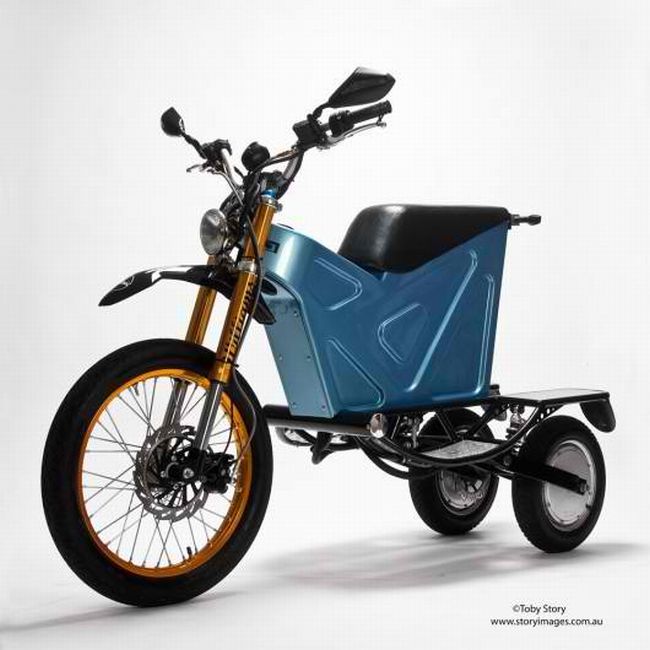 The Deliver-E prototype pictured above was inspired by an article he read in a popular technology news blog. Sine then, Williams conceived the idea of a rugged motorbike that can help a specific profession: postal carriers.

To have a realistic grasp of the challenges postal carriers face on their work, which usually involves a Honda CT110, Williams worked in the postal service for 18 months before getting into the nitty gritty of his creation, which has two rear wheels that not only pivot but each have electric motors. Unfortunately, like most inventors, Williams is strapped for cash.

According to The New Inventors page showcasing the Deliver-E prototype he’s trying to fund, the vehicle is a machine for all seasons perfect for the localized range of postal workers. But wait, there’s more:

“The Deliver-E Trike is a three wheeled tilting electric bike that was purpose designed for postal workers. The aim is for the bike to be an all terrain vehicle allowing the rider to get in close to mailboxes whilst still having stability at low speeds. The Deliver-E Trike offers improved efficiency and performance, whilst reducing both running costs and maintenance. It is a safer, quieter and cleaner way to deliver the mail but can be used by the police, military, commuters and for all types of delivery services including courier and food.”